THE FUTURE OF IPTV | D-Wigy

by adnan
in Entertainment
0

Internet Protocol Television (IPTV), if you’re not aware of it, is one of the most popular technologies for delivering broadcast TV and some other interactive multimedia content via the internet. Digital TV service is developed and supplied via an IP-based data network in an IPTV system. The viewer receives television information through a network infrastructure as opposed to traditional cable and broadcast forms, which are used to distribute and transmit it. Over the past few years, more IPTV service providers have entered the Canadian market.

The main distinction in how television shows are distributed nowadays is that not all content is aired, unlike with satellite and cable, so viewers may choose what they wish to watch. The system enables communication between the service supplier and the viewer.

When you examine the Canadian television market, you’ll see that traditional cable TV viewers haven’t done much to increase their awareness of converting to IPTV. It’s also evident that websites offering video on demand and personal video recorders (PVRs) are becoming more and more popular every day. What might this imply? The fixed programming schedules of traditional TV are no longer the only options for consumers. As a result, it indicates a departure from broadly defined channels.

A Sneak Peek at IPTV’s Future:

The future of entertainment is clearly IPTV, but what does IPTV’s future hold? It can be seen from a variety of perspectives. Naturally, a few inquiries pop up right away, like:

We’ll discuss these issues today and give you a general idea of how IPTV will develop in the future. Without using any supposition, this will just be based on an examination of recent patterns and historical data. 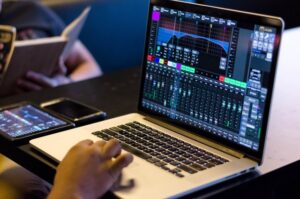 Since the time of its launch, the market is continuously growing, and the future of IPTV started looking more promising. Many have also thought that it might collapse, especially within the crucial time of last year’s COVID-19 negative impact. However, the thought proved to be wrong and the market has efficiently proven to be very sustainable and solid. It continued its pace of growth.

We have examined the data from 2020 and the most recent market research reports to quantify this. With a CAGR of 19.5%, the market is predicted to grow from its current value of $70.5 billion to $84.22 billion by the end of 2021. Additionally, the market should reach $152.3 by 2025 with a little slower growth rate (16%). That is a lot! To provide additional background, the IPTV market generates money from the sale of IPTV hardware, software, and related services.

The Future of IPTV Will Be Driven by Technological Advancements

Of course, technological improvements are a crucial role in any industry. The need for IPTV services is greater than ever because technology is a part of daily life. More than anything, this relates to VOD. Hours of VOD content are frequently consumed in one sitting. The fiber-to-the-home connection,

which offers unlimited bandwidth, is the newest trend. The experience is unlimited as a result. However, some people prefer to watch TV while on the go due to their busy schedules. Modern technology enables everywhere smooth streaming. Customers can access content with any internet connection by using adaptive bit rates.

It’s hard to estimate how many individuals already use IPTV services. There are many things to keep track of because there are so many various suppliers, formats, and available stolen content.

But there’s no denying that IPTV will gain more and more traction. By 2025, the market, according to Grand View Research, will be valued at more than $117 billion. This growth will be supported by both an increase in user demand and better network performance.

The next ten years will see rapid growth in IPTV subscriptions, according to Grand View, which implies that services like TVPlayer and Hulu Live TV will become more well-liked.

A PORTION OF THAT GROWTH HAS ALREADY BEGUN.

To compete with Netflix and Amazon Prime, and other streaming giants, major media companies intend to launch new streaming services. Additionally, more established TV providers are enabling time-shifted media through their apps. Even cable companies now let their customers watch on their phones.

And the number and variety of IPTV alternatives will be rapidly expanding now that users may easily construct their own channels to disseminate their content. Viewers will no longer be constrained to the content broadcasters share; instead, they will be free to visit one another to view everything from fitness programs to audience-specific films.

How will traditional advertising change in the future thanks to IPTV?

Everything will alter when it comes to advertising. In actuality, interactive advertising is now being presented to users of Video-on-Demand (VOD) services. Viewers are merely consuming content from a standard web page, which is what is happening. They have the option of visiting the website by pressing the button on the advertisement or ignoring it.

Simply said, online advertising that is behaviorally focused and highly targeted is replacing traditional forms of advertising. IPTV will therefore be a crucial instrument for distributing highly focused adverts. On IPTV, there won’t be any of the generic commercials that we currently see on television channels. Additionally, viewers have the option of choosing which adverts they want to see.

Industry insiders claim that IPTV is a strong programming platform that is revolutionizing how people consume video content. It is transforming the way content is made. The IPTV’s video programming is enhancing and redefining viewers’ web experiences.

Information and content are presented in captivating ways that pique viewers’ interest. There is no doubt that IPTV has a bright future, and since so many people use it currently, it is more likely to become the platform of choice in the future.

How to play Free Fire in ban Countries 2022- Working

How to Activate Vudu On Your Device Vudu com Start

vimeo.com activate – How To Activate Vimeo Tv Apps All about Vimeo TV?

Benefits of Animal-Based Supplements for Humans

Should You Buy Paint Without Seeing the Colour?

Finding The Best Pyjamas for Sleeping